The City of Goodhue, a growing population of just over 1,000, wishes to welcome you to our fine city. Goodhue was incorporated April 2, 1897, and is surrounded by some of the finest farmland in the country.

Here are a few things that you’ll want to know about Goodhue: In 2002 Len Lodermeier and family donated the acreage in memory of Len’s wife RoseMary. With a collaboration of local businesses, service organizations, private donors and many volunteers Rosie Park was completed in 2008.

Cranston Heights Park
In 1902 Goodhue purchased land to be used for a water tower and a city park. Over the years the American Legion, Civic Club and Jaycees have made various improvements. Heritage Park
In 1999 a group of community members had the vision of creating a service project that involved the local youth. Through Project Playground $40,000 was raised primarily by area youth. Heritage Park was constructed in 2001 through volunteer labor. 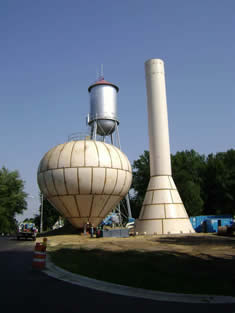 Get involved with your local government.

There are no events at this time.